I finished working on TIP‘s production of The Diary of Anne Frank on Sunday night.   I feel a little lost without the show as it took over my life, particularly during the last couple of weeks.  Although I have been involved in other shows this was the first time I got to see every aspect of putting together a production.  There is a surprising amount of work involved and whilst I have been thinking of directing I’m a little daunted by just how many things a director is expected to do.

As well as assisting the director I got to paint the set, sew, knit, crochet, sing, waltz, and help make props.  I was fascinated by the props.  Some of the things on set look so life-like yet I know that they were put together with things like plastic garbage bins and old food cartons.  I loved the set.  There is something magical about seeing it come to life on a blank stage. 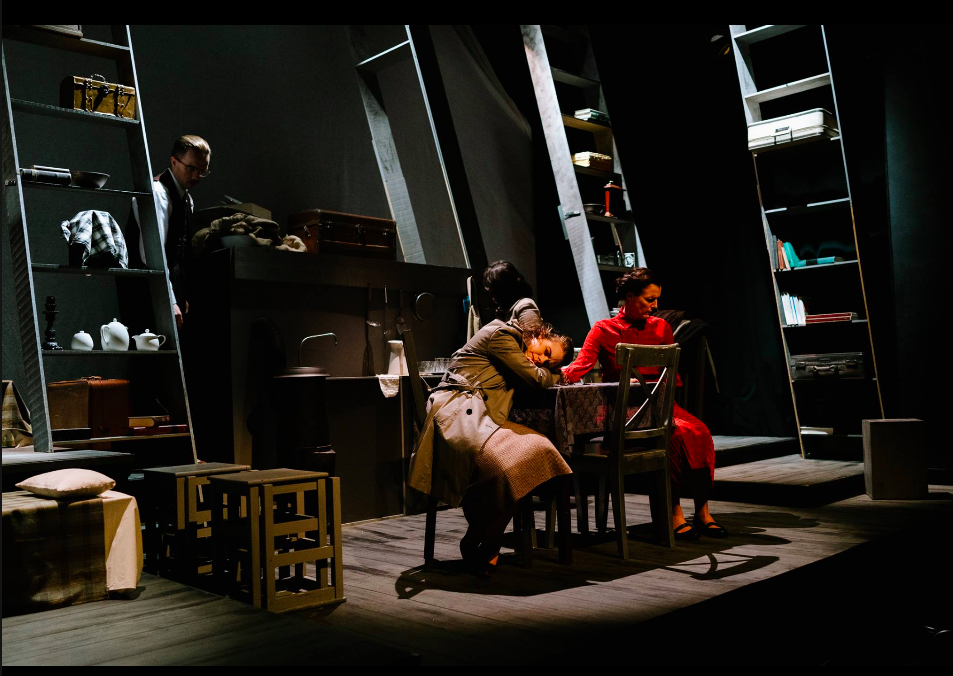 I’m incredibly glad that I was given the opportunity to work on the production.  I worked with an experienced director, Jonah Hagans, who was willing to teach and put up with my lack of experience.  I worked with so many people including sound and lighting experts, a Tony nominated set designer, the most supportive theatre liaison, and a stage manager who has become a friend.  The cast were amazing at telling the story and still managed to bring me to tears during performances even though I had seen every rehearsal.  It is a story worth telling and I believe we told it well.

“It’s a wonder I haven’t abandoned all my ideals, they seem so absurd and impractical. Yet I cling to them because I still believe, in spite of everything, people are truly good at heart.”

The TIP Youth season has finished. It was a lot of fun, and a lot of work. I’m hopeful that I’ll get to do it again next season. The children wrote me the sweetest messages. Though the funniest had to be:

“You’re so good at singing and I love your accent! I’ve been dying for an accent every since.”

My accent certainly was the source of lots of humour for the production team. I managed to confuse the lighting designer when I was talking about the “whale.” He heard me say “wheel” and could not work out why we would have a wheel the size of the stage to swallow Pinocchio. He didn’t say anything though, just pretended he could understand me!

My time is still being taken up with theatre. It’s just 13 days until load-in for The Diary of Anne Frank. There is still so much work to do. Everything is on track, but it does feel like an uphill climb to the end. I’m nervous and excited. It’s going to be an amazing play.