I am always amazed at the number of speakers they manage to find for a Shibuya.pm technical meeting.  Granted they don’t have these very often but 17 speakers and 18 talks is still a lot for one meeting. This does mean that many of the talks are very short but this is something I really like.  It’s easy to listen to a speaker for a short time – no matter what they decide to talk about.  It’s one of the things that made lightning talks so popular at the YAPC conferences.

There are about 100 people here and the meeting also has remote venues (there is a screen at the front of the room showing a video feed of the people at the other three locations.)

The meeting, like every other Perl event I’ve attended in Japan, is very well organised.  The meeting room is large enough for the attendees, there is wireless, and everyone has table space for their computers.  Sometimes I don’t like wireless at meetings as the attendees appear to be spending more time playing with computers than listening the speaker but here it’s evident that they are paying attention to the speakers.  The people around me, who are using computers, are writing up the meeting (like I am) or commenting on it on various social networking sites.

The meeting is running very smoothly.  With so many speakers it would be easy to have problems with the projector but so far so good.  Marcel described this meeting as a conference and although that’s not quite the case there is no doubt that a lot of time has gone into organising this event.

The first few times I came to Japan I went to Hakone hoping to see Mt. Fuji. We never got a clear day and I never saw the mountain.  Who knew that I would ever live in an apartment with a view of the mountain? 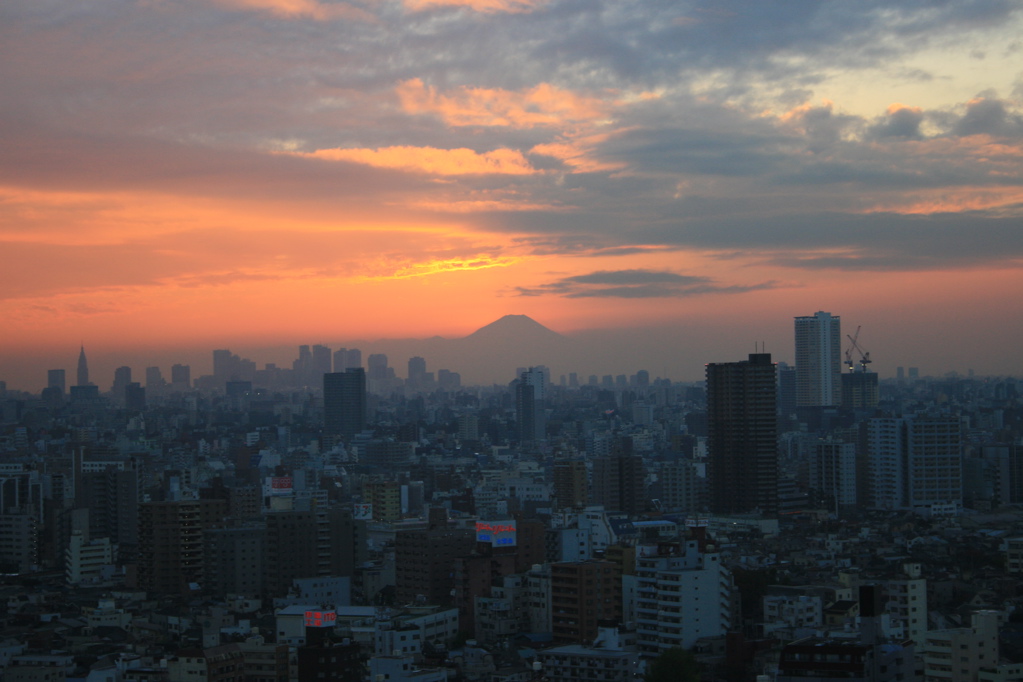 View from apartment towards Fuji as the sun sets

I keep getting asked about the new apartment but for some reason I haven’t felt like blogging lately.  Our new apartment is beautiful.  I love having a brand new kitchen to cook in though I wish it had an oven.  Marty is in love with the tatami room and he hides in there late at night with his computers.

There are still many things to do before it looks the way I want it to but that would mean shopping for furniture and I haven’t felt like doing that lately either!

We do have an amazing view across Tokyo.  Early this morning it was possible to Fuji in the distance though usually it’s much too hazy to see as far as the mountains.  Living in Jiyugaoka didn’t really give me a sense of the size of the city but looking out the window now there is no doubting that I live in one of the biggest cities in the world. 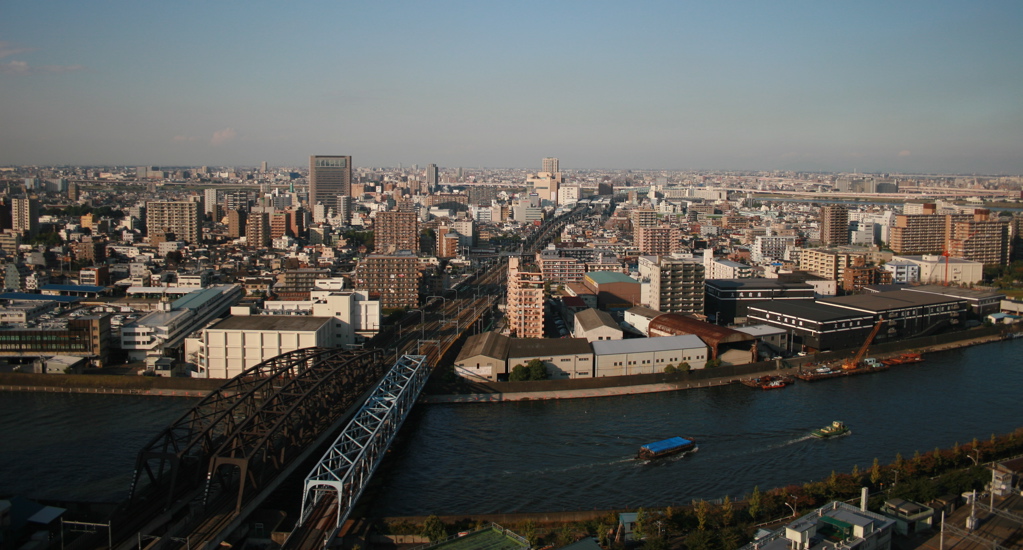