February is passing oddly.  I’ve injured my shoulder causing the days to crawl along when I want to cook, clean, knit, answer email, or do anything that causes me pain.  At other times it seems to be zooming by as I’ve been so unproductive and can’t easily work out what I’ve been doing with my time.  I have read 9 books, but since only one of them was non-fiction it doesn’t feel like an overly productive way to have spent my time.  I’m taking a musical theatre class so I’ve been working on “The Worst Pies in London” and “A Little Priest”.  It’s been a while since I tried to sing anything this difficult, but it’s fun. I get to meet Mr. Todd at a rehearsal on Valentine’s Day so hopefully by then I’ll have learnt to sing “popping pussies into pies” with a straight face.

My shoulder is improving though or I wouldn’t be wasting typing time on this blog post.

According to the Economist’s The Safe Cities Index 2015 Tokyo is the safest city in the world:

Tokyo (1) comes top in the overall Safe Cities Index 2015. The Japanese capital performs most strongly when it comes to the security of its technology assets: it tops the list in the digital security category, three points clear of Singapore in second—the widest gap at the top of any of the four categories. Tokyo also ranks in the top five for personal safety and infrastructure safety, despite suffering regular earthquakes and being home to the world’s largest urban population (38m, according to the UN).

It is a great city to live in, if a little big. 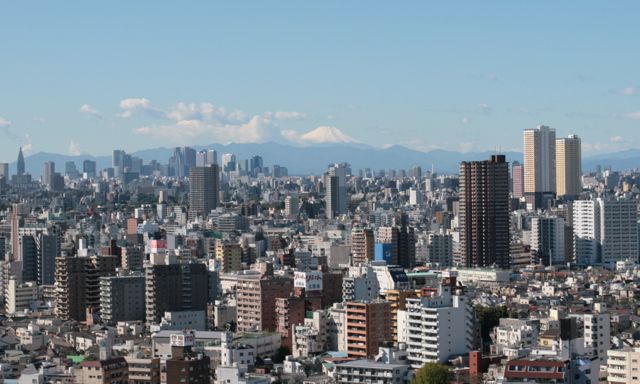 Winter View from my Apartment

I knit in the winter.  It seems to start towards the end of December and by the middle of January I knit every day.  Now that February has arrived I have decided to learn a new knitting technique.  I used to watch my grandmother knit Aran cardigans but I had never really tried cable knitting apart from a few small samplers.  As well as thinking it would be complicated, buying the wool in Japan is expensive and I didn’t want to waste money on a failed project.  But I found some cheap yarn made of acrylic fibre and I practised some of the basic patterns.  I’ve now started something more complicated and I love how the cables look, though I wasn’t able to take a picture that shows just how lovely the pattern is. 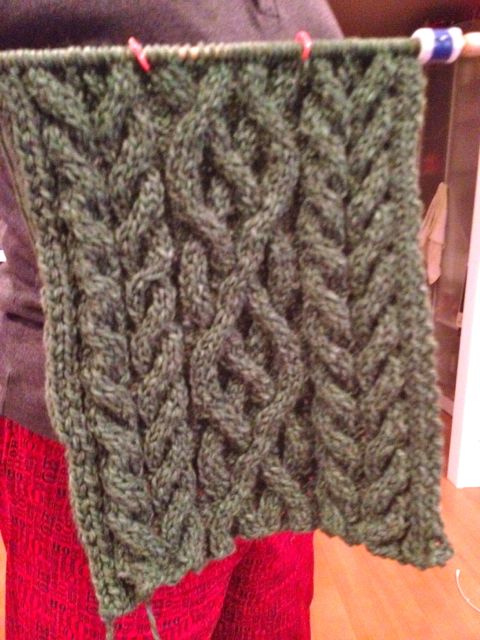 I bought a great book full of beautiful patterns and I’m going to see if I can work my way up to the more advanced ones. I always enjoy knitting but these patterns also come with nostalgia and the closest thing to longing for Ireland that I’ve experienced in quite some time.