Before we left the ship we saw that the news was full of concerns about North Korea, but life here in the South seems to be continuing as normal. We spent the morning walking along a river admiring the cherry blossoms. It was beautiful, but it would have been easy to think that we were still in Tokyo.

After our walk I went back to the ship for lunch and Marty went into the city to buy seaweed and kimchi.  He had been told that the seaweed in South Korea was excellent.  He bought much more seaweed than I was expecting and I hope he’s planning to give some of this away as I have no idea how we would manage to use so much.

Nagasaki is famous for its war memorials. We had never been to see the city, as it’s quite far away from Tokyo, but we did not want to start our holiday reading about the war. Instead we hired a car and headed out of the city to the Biopark. Marty loves animals and a place where you can hand-feed monkeys sounded perfect for a day trip.

The drive to the park was easy and the scenery was surprisingly beautiful as I did not know that Nagasaki was surrounded by mountains and water. When we arrived at the park the sun was shining and there weren’t many people around. We didn’t have to queue to get in and we were able to dander around the park at our own pace. We started by going to see some of the larger animals. I really like alpacas and other wooly animals and we stood admiring them for a while. I didn’t stroke them though as one of them was spitting and looked a little bothered. They may be cute and fluffy but they also have rather large teeth. 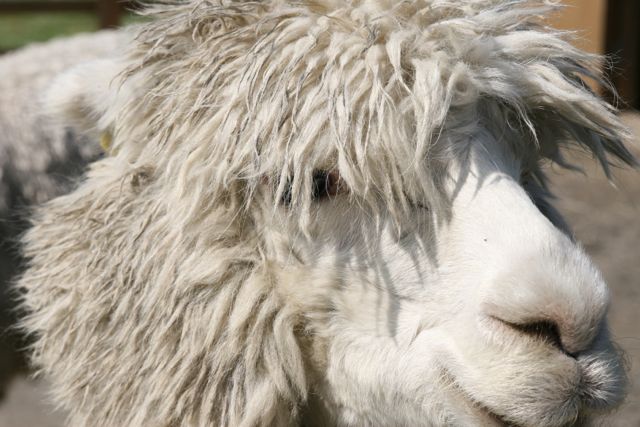 My favourite animal was the capybara. I wasn’t expecting them to be so relaxed around humans but they were happy to be fed and scratched. Their hair felt more like straw than I was expecting, but I still enjoyed stroking them. Marty really liked the monkeys and the lemurs. I was a little wary as they would dart on to your body looking for food and then dart away again. They do have sharp little claws and I didn’t want to be scratched. I am also not that fond of monkeys jumping on my head and neck, but Marty didn’t mind this at all.

There were some animals that I have never seen before. I’m still not sure what a “mara” is or even if that is the English name. (Normally I would just look this up on Google but it’s not easy to do that on the ship.) The maras looked like mutant miniature donkeys and I was surprised to hear one purr when Marty was feeding it. There were maras in the same enclosure as the meerkats. The meerkats looked cute but they were pushy and willing to scare the maras, which are a much bigger animal, in order to be fed.

I dislike moths and there was a butterfly house in the park. Butterflies are not moths but sometimes they do look very similar and they can frighten me. I was very brave and went into the butterfly house. I even managed to take pictures. 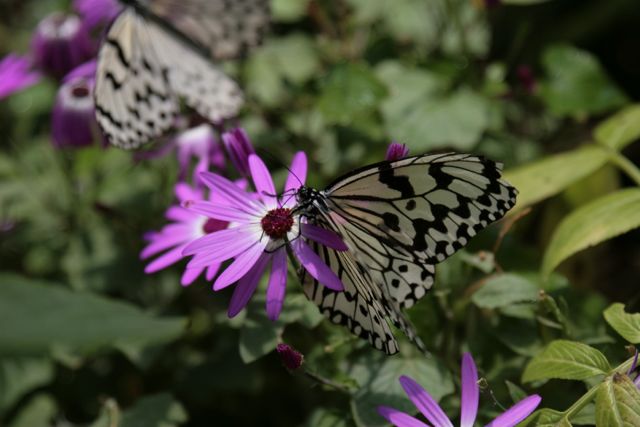 Everything was fine until we were just about to leave. There were very large black and white butterflies in the house and one of them had landed on Marty. As we were leaving a caught sight of two of these out of the corner of my eye and they looked like monster moths. I yelped in horror and Marty, being the sympathetic husband that he is, stood and laughed. He asked me if I thought that stealth butterflies were going to get me. I do know that they can’t really cause me any harm, but my fear is not rational.

I really enjoyed spending time in the park and I would go back to Nagasaki.

I wasn’t sure what the days at sea would be like. I’ve been on cruises before, but they were Geek Cruises that had classes when we were at sea and geeks to chat with. We started our first morning with a long breakfast. It wasn’t quite as relaxed as I had hoped, as we had to queue for quite some time at the restaurant with grumpy people, but the food was fine.

After breakfast we went to the library to read. I have 25 unread books on my kindle and there are hundreds of books in the library. I curled up on a sofa and read a book about the Celts. I spent some of the day at the spa, as I encouraged Marty to get his unruly hair trimmed, and he hadn’t found the time to do this before we left home.

The dinner was formal and since it was our 17th wedding anniversary I tried to get over my loathing of having my picture taken and posed for pictures with Marty. Hopefully I managed to smile in at least one of these.

It’s been a while since Marty and I went on a cruise. I think the last time was 2004 when we went on a Geek Cruise in the Mediterranean. We loved that you could sleep comfortably at night and wake up somewhere new in the morning. We have considered a number of cruises since 2004 but they were either too expensive or the dates didn’t quite work. This cruise from around Japan and China fitted well with a couple of our holiday plans. We were able to take a train to the port, so we didn’t have to start our trip with flying, and we would get to see more of Asia including some more of Japan. It also began just before our wedding anniversary.

We are very excited to be on holiday.

(All of my blog posts about the cruise will be posted late. There is no internet connection aboard the ship in Japan or Japanese waters. Even if we are in a place where they will be a connection it is a very expensive satellite connection with no guarantees that it will actually work. I plan to check on some email while I am travelling but there will be days when I won’t have any connectivity at all.)