I have finally booked flights for my summer travel.  I start travelling next week and will be away from home for 14 out of the next 21 weeks.  I have booked 20 flights and plan to be in Seoul, Pittsburgh, Rome, Chicago, Madison, Amsterdam, Belfast, Frankfurt, London, Tallinn, and Sydney.  I’m a bit apprehensive about the amount of travel I’ll be doing, but I will get to catch up with a lot of people.  As well as a number of family events I’ll be attending YAPC::NA in Madison and YAPC::EU in Frankfurt.  I’ll also be back home in time to attend YAPC::Asia in Tokyo.  As always when I travel I will try to meet up with local Perl Mongers.

Attending and speaking at the Perl conferences is important to me but I haven’t managed to come up with an interesting talk this year.  I will be speaking about The Perl Foundation at YAPC::NA and I may do this as well at YAPC::EU.  But I had really wanted to create a lightning talk based around the number 25 as YAPC::EU will be my 25th YAPC and this year marks the 25th anniversary of Perl.  I still have time to get inspired, but I have so many Perl related things that I’m working on that I don’t know if I’ll manage to make the talk a priority.

I love spring in Japan.  The summers are hot and humid, but spring feels like a good Irish summer.  Yesterday, I finally felt well enough to venture outside to see the cherry blossoms.  It’s one of the most talked about seasons in Japan, but it is fleeting.  I feared that I would miss it, but there are still many flowering trees in this area.

I’m not sure how much longer the flowers will last.  The streets are covered in petals and when the wind picks it snows cherry blossoms. 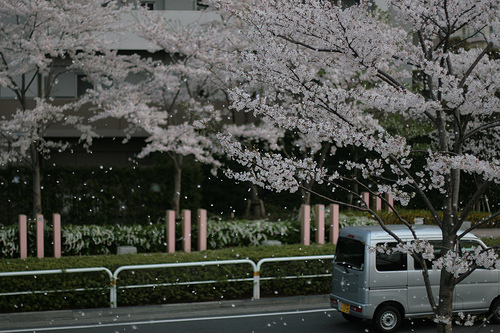 I’ve had a dull week.  It had the potential to be fun, my wedding anniversary was on Monday, but I’m still ill.  I’m finding it hard to concentrate, I have no energy, and I’m sure there are many things I would like to be doing other than sleeping.  I don’t understand what is going on in my head but I’m driving myself mad.  When I’m healthy curling up with a book in the afternoon and having a nap is such a luxury yet when I’m ill it seems like such a waste of time.

I was reading somewhere* recently that one of the central tenants of the Western worldview is that we should always be engaged in some sort of outward task.  The author talked about the Swahili word for “Westerner” which translates to something like “one who moves around” or “who wanders aimlessly”.  There is no doubt that when I’m sitting at home I feel as if I should be doing something, that I should achieve something every single day.  Today I managed to make dinner, which is more than I managed yesterday, but it still feels like I’ve wasted a day.  Of course it would be idiotic to do too much when I’m ill, but I have not found the balance between listening to my body and fighting illness.

*I’m not entirely sure which book I was reading but it was probably “Hide and Seek – The Psychology of Self-Deception” by Neel Burton.

One Response to “Bored Now”

The wind is screaming around the apartment and I have been watching the lights sway as the building moves.  We knew the storm was coming so I’ve been inside most of the day and Marty left work before lunch time.  We won’t be going out tonight.

When describing the age difference between myself and my baby sister I have often said, “I’ll be 40 when she’s 18”.  That year has finally arrived, Sarah is 18 today and I’ll be 40 soon.  I’ll have to come up with a new phrase. 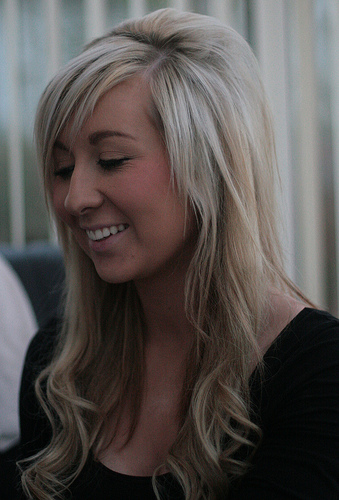