Seems that Midtown has a new guest this month. 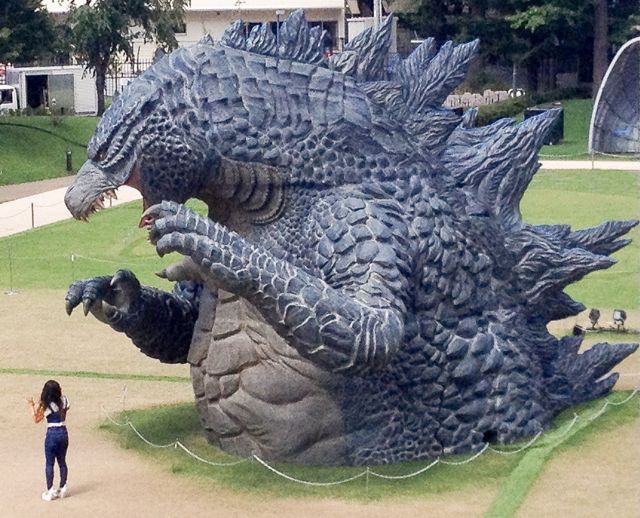 On Saturday evening, as part of Obon, we walked down the river to see the release of about 2,500 floating candle-lit lanterns.

Japan Times described the event as:

A hauntingly beautiful sight, the peaceful custom is a gesture of respect for those who have passed away and gives participants a moment to think about their ancestors, loved ones or even past pets.

It is easy to imagine that thousands of floating lanterns would be a peaceful sight, but the event wasn’t really like that.  When we arrived there were thousands of people in Asakusa.  I had expected things to be more sombre but the atmosphere was much more relaxed with a party feel.  If you planned to release a lantern you had to queue for quite a while as they were released one at a time down what looked like a mini aqueduct. 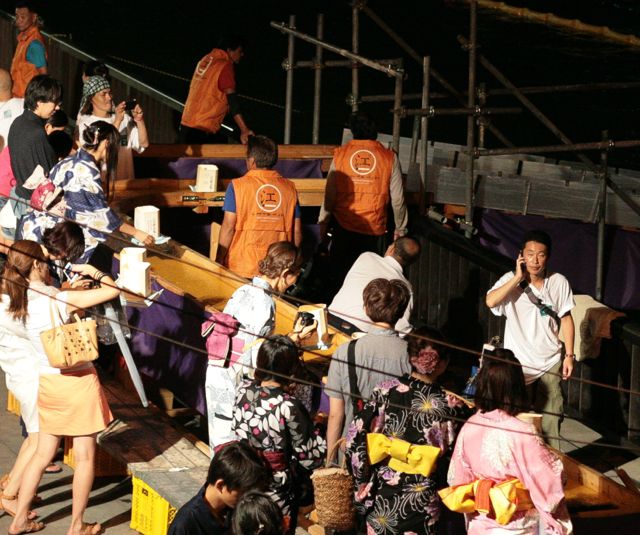 Releasing the Lanterns on the Sumida River

We never got to see large number of lanterns on the river but it was still beautiful and I found the event fascinating and would certainly go to see it again. 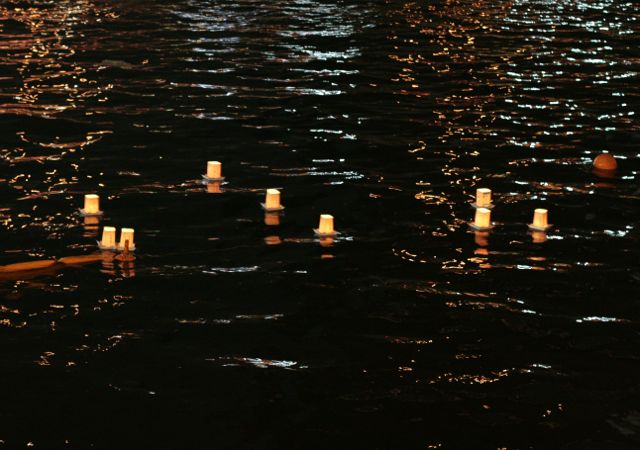 Lanterns on the Sumida River

The best viewing point for the event is on the Azuma-bashi Bridge and after watching the release of the lanterns we considered joining the crowds there.  Once we got closer we released that people were only watching the lanterns approach the bridge and that the other side of the bridge was mostly empty.  We went to the empty side as we assumed that we could watch the lanterns continue on down the river towards the sea.  But no, there were very few lanterns there.  In hindsight it made sense that these lanterns would be considered rubbish that would pollute the river but it was a little shocking to see groups of people in speedboats catching the lanterns in nets and putting them out.

People often ask me questions about my life in Japan with the sound of excitement in their voices.  “Oh it must be fantastic to live there”, “your life must be so interesting”…  When really my life is full of normal things that become difficult because of culture and language.  Today I tried to go to the gym.  It really should not have been difficult but I only know of one way in and it’s via an elevator which was not working.  After pushing buttons a number of times like an idiot I finally worked out that the recorded voice was telling me that the elevator was not going to the 3rd or 4th floor.  Once I got outside the lift I saw a printed sign with instructions on how to get to the gym if the elevator was not working.  I was too embarrassed to spend 5 minutes reading this so I took a picture and wandered off to somewhere less public to read it.

After working out the meaning of the instructions I did eventually find my way into the gym only to discover it was closed for Obon.  I’m aware that the festival takes place at some point in the middle of August but it’s not a national holiday and it never occurred to me that lots of businesses would close for the week.  So 30 minutes after I left the apartment building I went back to use the small gym there.  But first I had to rest because I was so hot and sticky from the humidity outside.   The gym in my building is not great.  It contains 3 treadmills, 3 bikes, and an area for stretching with gym balls, mats, and stretch rollers.  I spent an hour on the treadmill and 20 minutes on a bike.  It was not easy in the heat and I sweated most of my life force away in order to burn around 500 calories.

I had wanted to go to the gym to lift weights but I still had to do something when that failed.  I’m really making an effort with exercise as my thyroid function is continuing to decline and my medication has been increased again.  I was told at the hospital yesterday that it’s going to be incredibly hard for me to lose weight with my current hormone levels but I’m going to keep trying.  It will take at least 6 weeks for the change in medication to have any effect but I really don’t want to gain any more weight.

I met Marty for coffee this afternoon and was surprised to discover that Roppongi Hills has been invaded by 66 Doraemon. 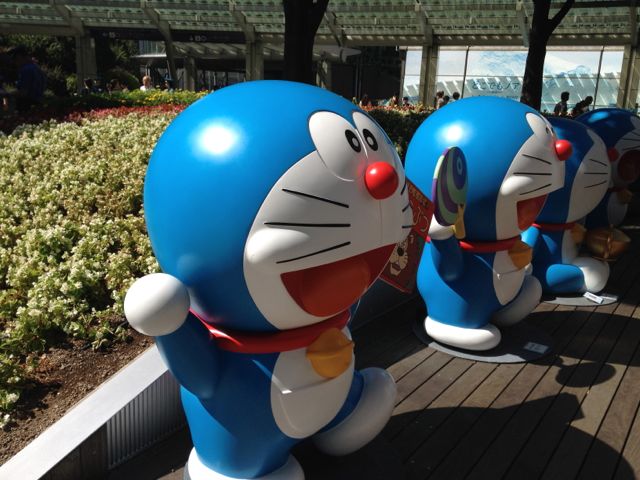 I am back in Tokyo and the heat has turned me into a slug – or at least some sort of slow moving sticky creature.  The heat index yesterday claimed it felt like 40 C (104 F) in the city.  I just know that it’s horribly hot.  I dislike the humidity that helps it be hot morning, noon, and night.  We do have air conditioners but they are not reacting well with my chest cold.  I can’t decide if I’d rather dissolve in the heat or be cooler and coughing.  The other nasty thing about the heat is that blog posts end up being whiny like this one as I can’t think of anything much beyond being uncomfortable and hot!