David Golden recently wrote about the Perl Iron Man Challenge and his goal to regularly blog about Perl.  He plans to blog at least once every 10 days and, much as I would like to manage that, I’m not sure that I can.  So I’m going to set myself a goal of writing about Perl, on this site, at least once a month.

So what have I being doing in the Perl world this January?

The New Year always brings a flood of email.  I am guilty of contributing to this.  I wake up, realise it’s January, and become horrified by all the projects I didn’t get finished last year.  I tell myself that this year I will do better and start sending email to find out that status of everything I’m interested in.  I also have aspirations of getting my inbox to zero, but I can’t find a way to make that work other than filing email to deal with it later.  And I don’t see much point in doing that just so I can pretend to myself that I don’t have email in my inbox.

At the minute I have 72 Perl related emails that need a response.  My waiting_on box was cleared out at the start of the year so I’m only waiting on 21 responses.  Even writing about the email makes me think that I shouldn’t be blogging, I should be responding to those.  It’s a priority problem.  There is part of me that thinks that blogging is important but is it really more important than email?  I find it hard to blog about Perl things because I’m so busy doing those things.  Now that I’ve started though I should write about those things.

I’ve been working with the YAPC::NA organizing team on the conference that will be taking place in Salt Lake City, 8-10th June.  There’s a lot being organised but I’ve been focusing on the beginner’s track, master classes, and speakers.  I’ve also been working on a Perl 6 Hackathon that I’m hoping will take place during the conference.  There are tasks that I work on every month – Perl 5 Core grants, trademark requests, and admin. It’s the mid-way point of the Outreach Program for Women and I’ve been following that, though at this stage in the program it’s the mentors and interns that are doing all the heavy lifting.  I’ll have to spend more time on this in February if we are going to take part in the next round of the program.  I’m sure that there are other things I’m working on but for now I’m going to go and try to make a dent in my email and I’ll leave you with the highlights of last year’s YAPC::NA.

There is something about the winter that makes me want to knit.  So far I have knit a scarf, fingerless gloves, and two neck warmers.  I’ve also learnt a new cast-on method and practised knitting in the round. 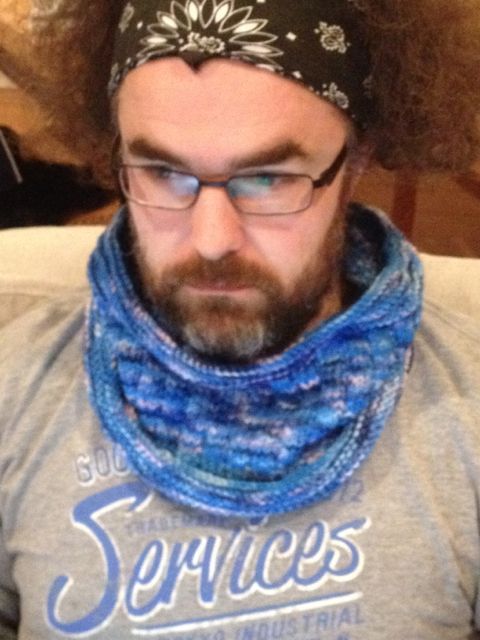