My Japanese friends have strange ideas about the food eaten in Northern Ireland.  It was St. Patrick’s Day last week and I was asked what I was cooking.  I made Irish Stew, or at least I made what I call Irish Stew.  I tried to find a picture to show my friends but most of what I found on the internet was American food or something that looked much too pretty or deconstructed for me to call it a stew.  The stew I learnt to make in Belfast looks rather yucky in comparison.  It also saddened my friends to discover that we don’t make green desserts.  That things like mint brownies aren’t even slightly Irish, and the thought of dying food green disgusts me.

I did find a recipe that is similar to the stew I make in the Belfast Telegraph.  I can’t buy the same cuts of meat in Japan, but I also don’t want to spend hours waiting on meat to soften, so I substitute traditional meat with steak. 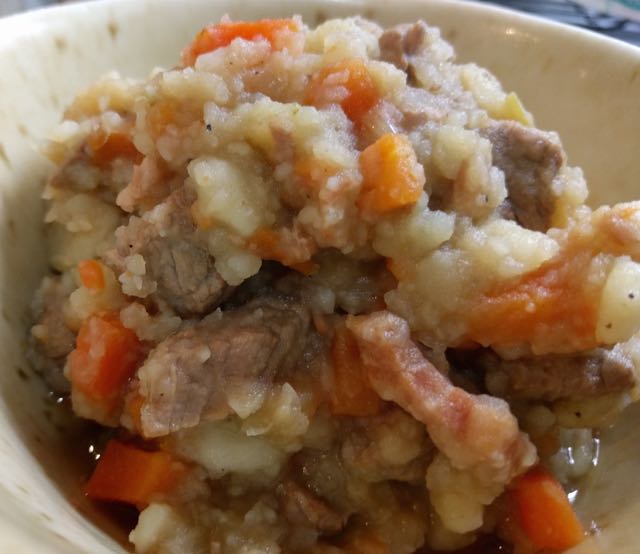