I’m still in Chicago.  My 9:30am flight yesterday morning was cancelled because of the bad weather.  I had seen the news about the storm system, before I left for the airport, but there was nothing listed on the airport’s website to suggest any problem.  The airport was chaotic when I arrived around 7am.  Hundreds of people were queuing for check-in.  It’s almost as if United hadn’t realised that people were going to turn up to fly.  It was under-staffed and the staff who were there spent their time walking up and down the lines yelling instructions at passengers that were hard to understand.  They even started to yell at people telling them not to miss their flight because they were waiting in line – but they didn’t tell them how to check-in without queuing.

It took over an hour for me to get to my gate.  I got to spend a pleasant hour chatting to a friend who was travelling through O’hare that morning.  Once they left I sat and watched the “flight delayed” notifications turn into “flight cancelled”

I had to go the service desk to get re-booked for another flight.  I was lucky in that I beat a lot of the rush (later on in the day as more flights were cancelled the queue was 3 hours long), but they still told me I would have to wait 27 hours before I could get another flight.

I asked about compensation, food vouchers, hotels, but was told that there was nothing they could do.  The person I was dealing with looked quite put out and asked why I thought the weather was the airlines problem?  I told her it certainly wasn’t mine and did they really think customers who didn’t live in the city should sit in the airport for another 27 hours?  I was told I was free to spend my own money on a hotel but that they wouldn’t be providing me with anything.  The only thing they could do was put me on the standby list and maybe I would get lucky and catch a later flight.

By 5pm I knew there was no way I was getting to Pittsburgh on standby.  I was number 84 on the standby list. (This makes it sounds as if they were useful and told me what place I was on the list.  That’s not what happened.  I had to move around the airport as the gates kept changing for the flights to Pittsburgh hoping that the board by the gate would display a list.  I waited 6 hours after being put on the list to see my position on it.)

There were only two planes left to go to Pittsburgh, both were overbooked, and they only hold 66 passengers each.  I found out they were overbooked as the woman I ended up spending the day with rang the airline.  She was put on hold for more than 30 minutes but eventually managed to speak to someone who told us that the rest of the flights were already overbooked before the delays and cancellations.

Thankfully, I have travel insurance.  So instead of sitting in the airport all night, as the airline staff suggested I do,  I am at the hotel in the airport.  My new friend and I went shopping last night so that I would have something clean to wear today (the airline refused to give me back my luggage as I still want to travel to Pittsburgh).

5 Responses to “Another Day, Another Delay”

Sitting in the airport this morning I have that feeling you get when you’ve forgotten something.  Last night, instead of packing, I went out for dinner and to see the new Terminator movie.  By the time I got home I was tired, grumpy, and had a dull throbbing headache.  I just hope my camera lead is the only thing I’ve forgotten.  (I do realise that very few things are essential for travel but I hate re-buying things because I was stupid and left them at home.)

The journey to the airport is more annoying than I expected it to be.  I like the fact that our new apartment is closer to the airport but it still involves at least 20 minutes of walking and a couple of trains.  Walking through a packed Ueno station with luggage is not a pleasant way to start the day.

Japanese trains are clean and air conditioned so once I hauled my luggage into the train I was looking forward to relaxing for an hour.  When I found my reserved seat someone was already sitting on it.  This lead to a strange conversation where I showed a Japanese man how to read his train ticket.  A year ago I would have assumed that I was in the wrong place but now I’m fairly sure I can read a ticket.

Everything went smoothly at the airport until I tried to find the ANA lounge.  I think I’m just tired as I had difficulty understanding the directions I was given.  I did find it eventually.   I should really aim to get more than 4 hours sleep the night before I travel.  Maybe then my brain would function better.

One Response to “Tired and Travelling”

I’m getting ready to travel to America for YAPC::NA.  I took a quick look at the schedule and it’s possible that I am the only female speaker.  This morning I have mixed feelings about that.  I spoke at last year’s conference.  Whilst attending the speaker’s dinner I was asked “whose wife are you?”.  It never occurred to the person speaking to me that I was  there because I was a speaker.  And that’s not the first time that had happened at a technical conference.

I expected to become more comfortable the more of these conferences I attended.  But that doesn’t seem to be happening.  Last year I had one too many strange things said to me.  I ended up feeling isolated and different from the other attendees.  I became wary of the hundreds of men who surrounded me wondering when the next one would say something crude.  When I complained to some male friends I got asked if I couldn’t take a joke.  And you know what?  Sometimes I can’t take a joke.  Sometimes I don’t want people to draw attention to my sex and sometimes I get defensive and upset.

This is not something I like.  I don’t like that one man making an inappropriate comment about me paying him for sex can spoil an entire conference dinner.  I know he was only joking but unfortunately that’s the comment that sticks with me, not the hundreds of other perfectly acceptable comments that were made on the same night.  I know he meant no harm but suddenly I am aware that it’s only me that he’s speaking to like that; he certainly isn’t suggesting similar things to the men.

It’s hard to be one of ten women in a room with three hundred men.  I  can do it but I’m not surprised that many others don’t even try.

I’ve been trying to find exercise to do that I enjoy and that I can sensibly add to my daily routine.  I woke up this morning wanting to cycle.  The river path is so peaceful and it wasn’t too hot.  I’m not sure how viable cycling will be once it’s gets really hot but for now I’m going to enjoy my morning cycles.

I spent the morning at the local children’s library making soft toys.  I went with a group of people from Marty’s work.  It’s the sort of thing I wish I could do by myself but my Japanese still isn’t good enough.  I do find Japanese easier to understand when I know what the topic of the conversation is going to be but I still struggled today.  Thankfully sewing is something that you can concentrate on without being expected to chat.

We took our bikes with us today.  I still don’t feel confident cycling.  Cycling in Japan is awkward.  The strange combination of using footpaths and roads confuses me.  And I find it really hard to cycle on narrow streets with pedestrians and other cyclists heading straight towards me.  I’m sure there are rules, but it feels like a free-for-all.

I agreed to cycle as long as I didn’t have to cycle on busy roads.  The plan was to cycle to Mr Donut (a side-effect of making toy donuts in the morning) and then to cycle back along the river.  You can imagine how thrilled I was when I ended up having to cycle uphill on a busy road full of lorries.  I had no idea where we were and what had happened to the river.  And neither did Marty.  I knew things weren’t going well when Marty checked google maps and told me that we were about to cross the river – just not the one that’s beside our apartment.

We did manage to find the right river and our way home but it wasn’t exactly the pleasant cycle I had imagined.  It wasn’t a complete disaster though as we discovered a few new places and I did get to eat donuts.  I also got to try out my new camera lens. 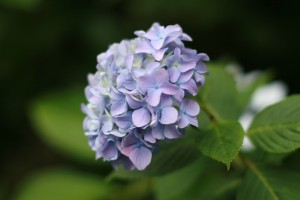 2 Responses to “Crossing the River”