There is a slogan at YAPC::Asia – “YAPC ain’t over until you blog about it” – and I have been meaning to blog about the conference since it ended on the 21st September.  I rarely have time to blog at a conference as I prefer to spend my time talking to people or listening to the talks.  I didn’t even bother to bring a laptop with me on the second day as having a computer is distracting. I do spend less time talking at YAPC::Asia as my Japanese still isn’t great and it can be hard for me to communicate with the majority of the attendees.  I did talk to a few people, but it was only a few compared with YAPC::NA where I spent most of the day speaking with people.

The main language of the conference is Japanese and this year there were only four talks given in English.  My Japanese does continue to improve but I still found it difficult to understand the Japanese talks I did go to hear and it was tiring because of the amount of concentration required.  I am slowly getting better at this. 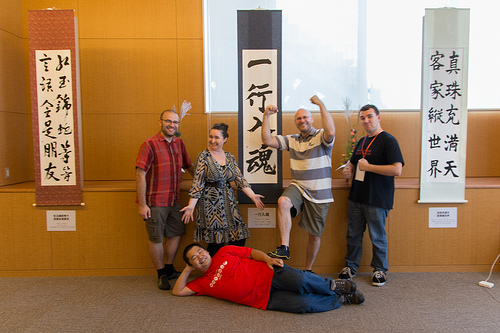 YAPC::Asia was yet again a very well organised conference. I read on lestrrat’s blog that they had problems with registration on the opening evening but when I arrived on Friday morning this was running well.  I was later than I wanted to be, so the registration lines were short, but I was still on time to hear the opening keynote given by Ricardo Signes, who is the current Perl 5 Pumpking.  All the videos have been uploaded so you can watch Ricardo’s talk.

The conference moved to a different part of the city again this year.  It took me a while to get there but the Japanese train system is a wonderful thing and I decided that I would spend an hour or so getting to the venue rather than staying at a hotel in the area.  I really liked the venue.  All the talks were given on the same floor of the building, so the rooms were easy to find.  The main lecture hall was beautiful and had great acoustics.  There were some issues as the rooms were a little on the small side.  At times there was standing room only but it is always very difficult to work out which of your streams will have the most popular talk in any given time slot and for the most part this worked well.  The smaller rooms had desks and each desk had power built in.  Although I think that laptops are over used at conferences it was great that people could have power without the ridiculous strings of power blocks that are usually strewn all over the floors at conference venues.

The wifi was excellent and was run by a team of 12 people.  I’m always astounded by the number of people involved in a Japanese YAPC.  We tend to use much smaller groups of volunteers at the European and American conference.  But then YAPC::Asia is by far the biggest YAPC in the world, with other 1000 attendees this year,  and it does appear to run like clock-work.  I think that this year as well as the network team there were about 30 other volunteers involved.

The venue also contained food – as there was a convenience store, a coffee shop, and an English pub in the building – and was very close to the train station and lots of local restaurants.  I do prefer conference venues that are close to food.  It sounds really obvious but there have been quite a few times that I have ended up at a conference venue feeling hungry with no easy way to get food without having a car.

There were a couple of things that I liked that I think would be useful to have at the other YAPC conferences.  There was an official photographer at the event and it does mean that they end up with a set of good pictures of the speakers and the event.  I know that I would have found it useful for marketing purposes to have similar pictures taken at YAPC::NA.  The other thing that I liked was that the wifi information was posted in many places around the venue making it incredibly easy to find.  This was posted on the back of some of the chair and I think that it would be useful at other conference to post the wifi information like this and maybe also the schedule for the room.

I am never that keen on conference swag, probably because it just gives me more things to carry and I already try to carry too much stuff with me.  But I do think that the phone stand we were given will come in useful at some point. 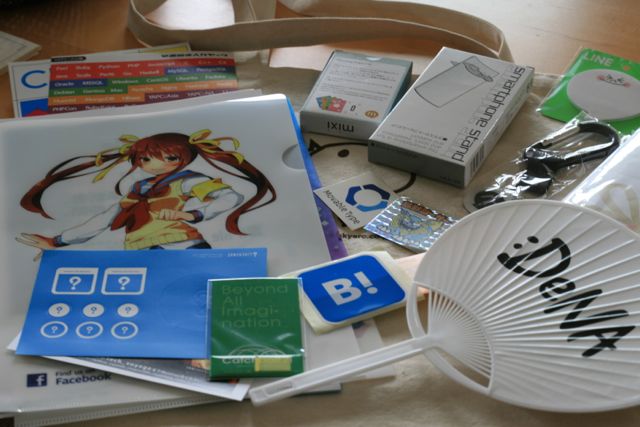 I was sad to hear that the main organisers of the conference – @lestrrat and @941 – will no longer be running this conference.  They have been running the largest YAPC in the world for quite a few years now and we will miss them as they have done a fantastic job.  Hopefully a new team will come forward to continue their legacy.